I watched ‘Zard Zamano ka Sawera’. The beginning was so wonderful. So fresh. The girl (Rubab) is rebellious, full of life, happy-go-lucky kind. The guy (Mir) falls for the girl the first time he sees her. Unfortunately, he is a police officer and so the next time he sees her is in the police station accused of a crime (which she did not commit).

Circumstances unfold in such a way that the two get married without knowing they are getting married to each other (everyday life in Pakistan). Mir realizes this after getting married. Since he had built a negative opinion about her ever since she was accused, he decides to use this as an opportunity to torture her all he wants (the girl loses all her rebelliousness) and make her reveal the name of the gang leader involved in the crime(WHICH SHE CAN’T DO BECAUSE SHE FRIGGIN’ DOESN’T KNOW!).

As I watched the drama, I loved the novel it was based on. So I went back to where I first read the novel. Found it. Read it again.

The novel was full of misogyny. And just today I had this realization that I am unusually attracted to and surrounded by misogyny.

I was in a misogynistic relationship myself. I would treat the other entity as an OBJECT and yet I never heard any complaints. I would torture. And yet I would be greeted with blessings.

Have a nice day

Hope you have a fun day

I would ridicule and he would take it all without any retort.

And then when you take something for granted and its taken away from you, you realize how important they were for you. How complete they made your life.

The eyes slowly closed. There was a flash of multiple colours. Maybe, as they say, your whole life is shown to you at that moment, maybe that happened. There was a lot of red colour. Maybe it was all the torturous moments I ignited.

But it all ended with everything going black. I went into shock for 2 whole hours for a relationship of 2 complete years.

In those two hours, I could only think about ways I could have been better .

Until my dad’s voice broke my trance

Him: No crying over spilt milk now. Just buy another phone but this time forget Iphone. Go for Galaxy or something cheaper! 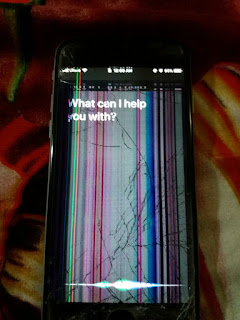 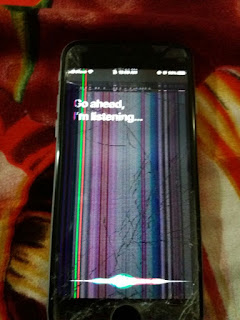 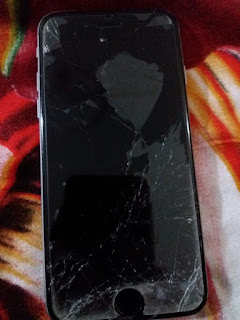